What led to the catastrophic failure of this oil drill reamer?

R-TECH Materials received a 14” grade 4145H fractured roller reamer, with the request to determine the cause of failure. Roller reamers are used in boring operations for the oil and gas industry. The fracture surface, shown in Figure 1, was associated with significant damage which had occurred during retrieval of the component. There was evidence of some coarse river lines towards the outer part of the fracture (Figure 2) which are indicative of a brittle fracture mechanism. 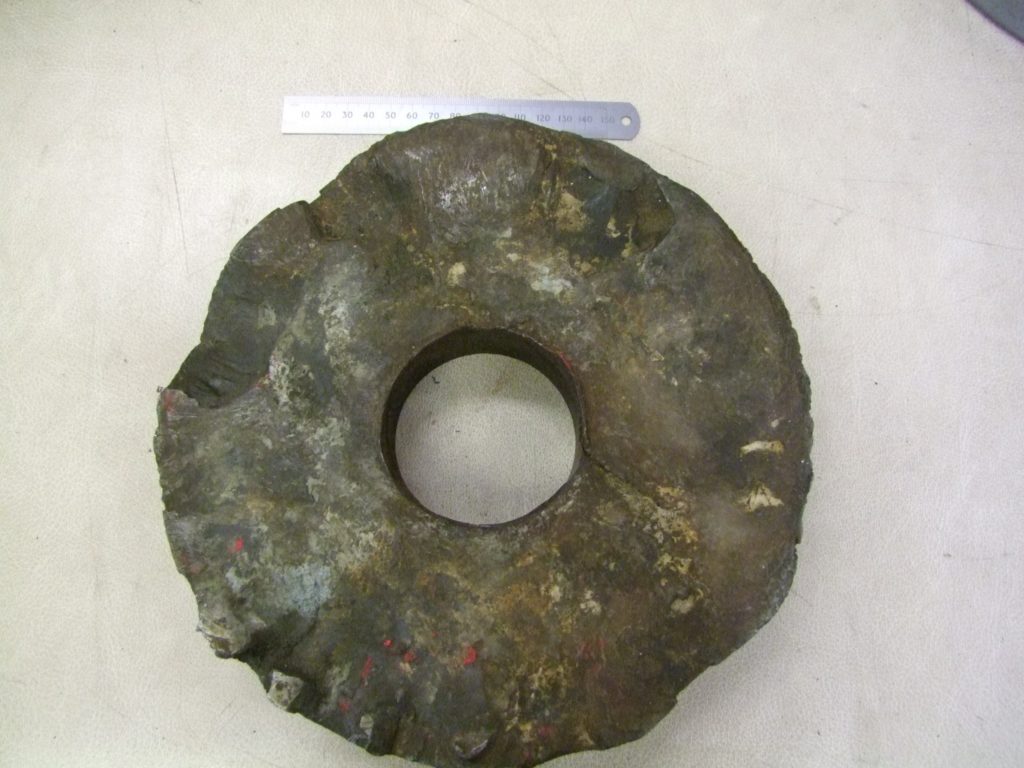 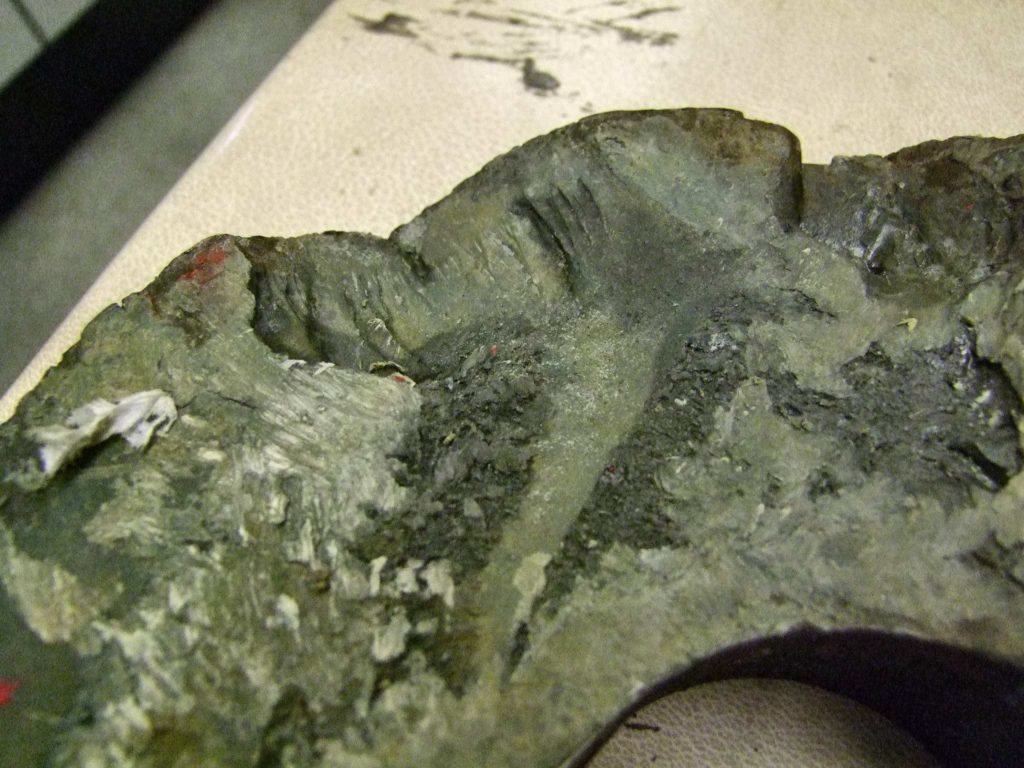 Sections were taken through the oil drill reamer for metallographic examination which revealed the presence of a large crack behind the fracture surface which had initiated from the outer surface (see Figures 3 and 4). The crack was predominantly perpendicular to the surface with some branching which was parallel to the tool surface. Further, multiple sub-surface cracks running parallel to the surface were evident in a hardened layer approximately 2 mm deep, see Figure 5. The corrosion product associated with the cracking was found to consist predominantly of iron and oxygen with small amounts of sulphur and chlorine. 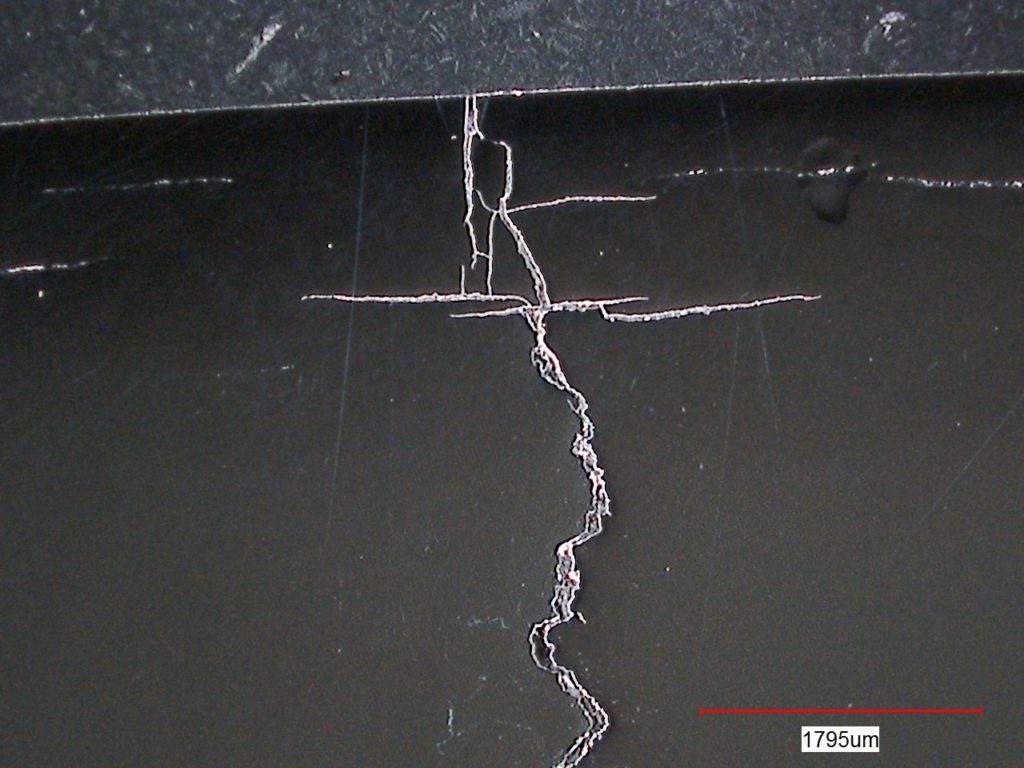 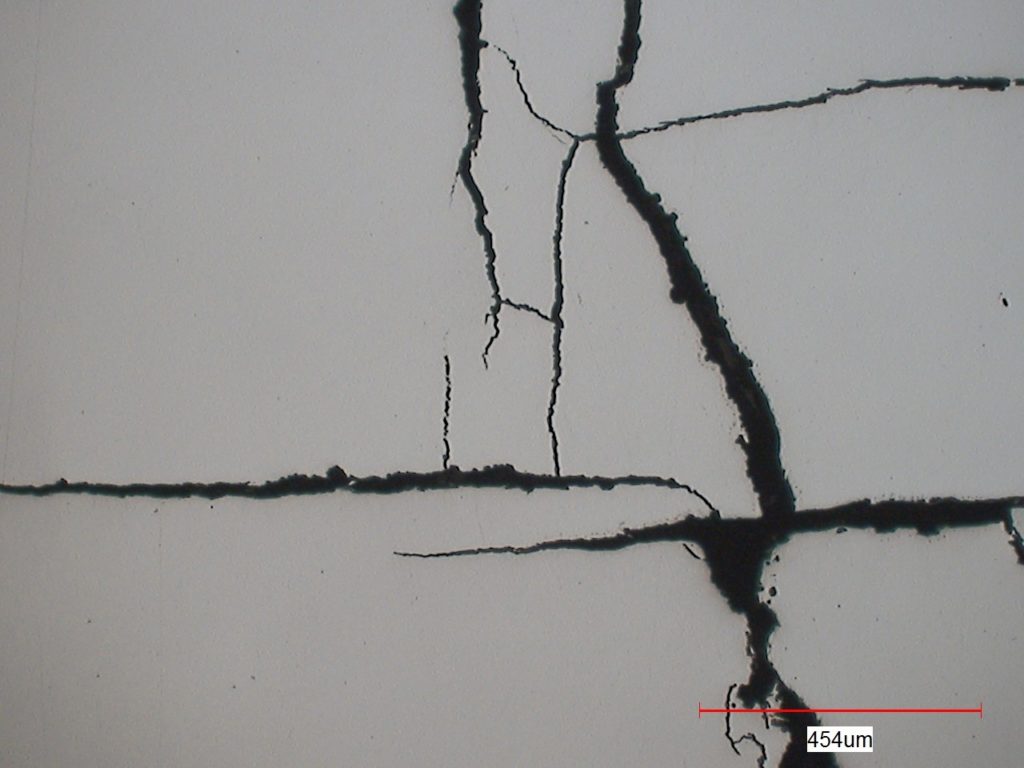 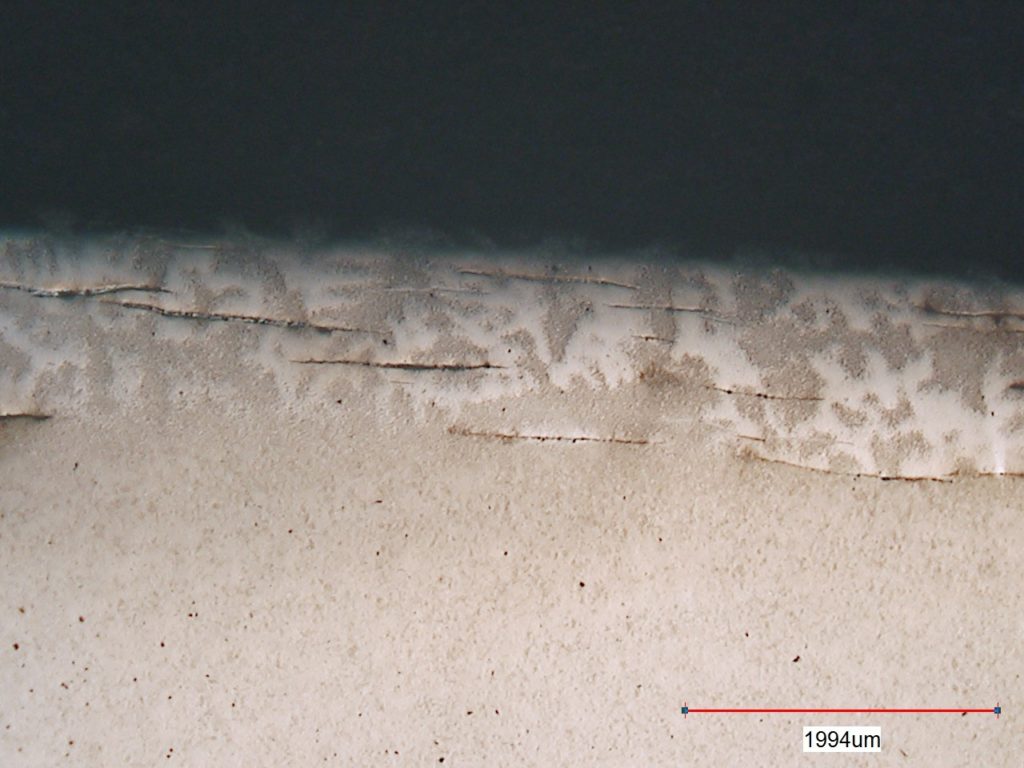 The morphology of the large crack observed suggests that it is attributable to stress-oriented hydrogen induced cracking (SOHIC). Under conditions of high hydrogen flux and high tensile stress, small blister cracks similar to that associated with hydrogen induced cracking (HIC) can become aligned perpendicular to the applied or residual tensile stress (1). These cracks align in the through thickness direction of the material and appear as arrays of cracks stacked on top of each other, thereby reducing the load bearing cross section. By shearing the ligaments between these stacked cracks through the application of a tensile stress, a through-thickness crack develops.

SOHIC tends to occur when steel is exposed to aqueous H2S solutions having low pH values (1). Under these conditions, corrosion rates are typically high, thus resulting in high hydrogen flux into materials. In the range of pH less than 5, H2S is chemisorbed to the steel surface and poisons the reaction between hydrogen atoms to produce mono-atomic hydrogen (2). Mono-atomic hydrogen readily diffuses through the metal lattice and concentrates at various microstructural sites, such as interfaces between the matrix and inclusions, as observed in this case (2). The local pressure increases and decohesion takes place, generating internal blistering, leading to HIC. Aqueous H2S solutions having high pH values can also cause severe hydrogen charging and resultant cracking (1). This phenomenon generally occurs in areas of high residual stress. It is possible that the surface hardened layer, which was measured as 520HV, was an area of high residual stress.

It was difficult to definitively ascertain the failure mechanism due to the significant damage evident on the fracture surface. However, the presence of cracking on the outer surface, which is thought to be attributable to stress-oriented hydrogen induced cracking, and the presence of a brittle fracture at the outer surface of the fracture face, may suggest that SOHIC had contributed or possibly caused the failure.

Failure control of SOHIC is best achieved by a heat treatment to reduce the residual stresses, but this method alone cannot guarantee the elimination of this mechanism since the operating stress may preclude stress concentration reduction. A coating could be applied to provide a barrier between the steel and the corrosive environment.

A failure analysis of this type is a valuable and informative tool to reduce the likelihood of a repeat incident which improves safety and productivity and enables evolution towards a better product.