R-Tech Materials received a boiler waterwall tube with the request to determine the cause of failure (see Figure 1). Failure had occurred one month after commissioning and the boiler had been run at a capacity of 60%. The combustion product was heavy fuel oil and the operating temperature and pressure was 300°C and 90 bar respectively. R-TECH were advised that the tube had been manufactured from grades T12 and T22 welded with ER80S-G. 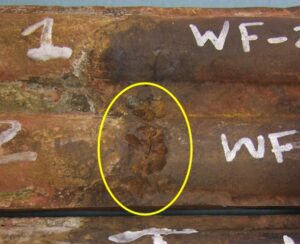 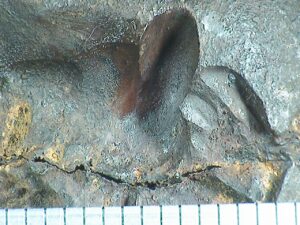 An area of significant metal loss was evident in the circumferential weld. The metal loss had the appearance of grooving and exhibited a very smooth surface (Figure 2). A circumferential crack was located at the base of the metal loss which appeared to propagate partly into the membrane weld. Sections were taken through this crack so that the resultant section fell apart revealing a fracture surface, see Figures 3 and 4. The fracture exhibited no necking/deformation and was crystalline in nature, both of which are indicative of a brittle fracture mechanism, on a macro scale. On a micro scale, there was evidence of intergranular fracture, Figures 5 and 6. 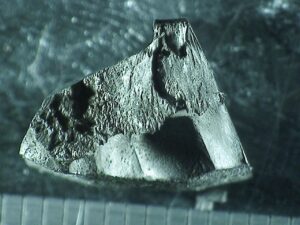 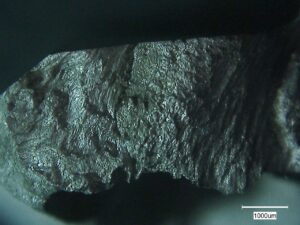 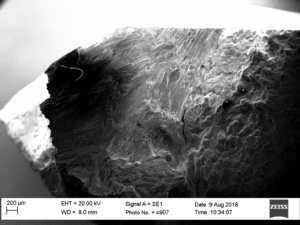 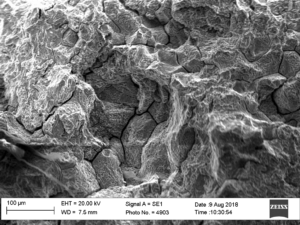 Upon sectioning, the crack appeared to follow the fusion line of the weld on the T22 side, see Figure 7. The cracking was slightly branched, and the direction of this branching indicated that the crack had initiated from the external surface, see Figure 8. 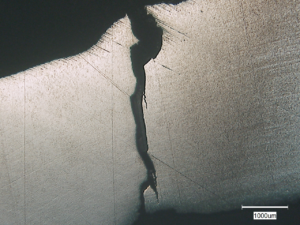 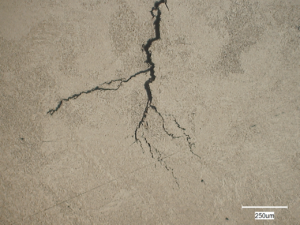 The deposit associated with the metal loss and cracking observed was found to consist of magnesium sulphate, magnesium oxide and iron oxide with small amounts of calcium sulphate dihydrate. Areas also contained significant levels of vanadium.

The chemical analysis of the parent materials and weld complied with their respective specifications. The microstructure throughout the entire weld and in the HAZ, close to the fusion line on the T22 side, consisted of quenched and tempered martensite. The hardness levels both in the weld and HAZ on the T22 side of the weld were significantly high with levels of up to 367HV. Although a post weld heat treatment is not specified for tubes with a wall thickness of less than 13 mm in ASME B31.3, a maximum hardness of 241HB and 225HB is specified for the T12 and T22 grades respectively. The high hardness levels observed could be due to high heat input during the welding operation. It was noted that there was a difference in specified interpass temperature between the PQR and the WPS (see appendix 1). Stricter welding parameters are required for higher alloyed steels, particularly with an increased chromium addition, since these generally have a greater hardenability and are therefore more susceptible to producing a quenched and tempered microstructure. This explains why a quenched and tempered microstructure was not present on the T12 side of the weld.

Hydrogen embrittlement can occur during welding or from services that can charge hydrogen into the steel in an aqueous, corrosive or a gaseous environment. The presence of significant metal loss on the external surface of the weld, local to the crack and the appearance of the crack initiating from this metal loss may suggest that embrittlement had occurred due a combination of high hardness and exposure to the service environment.

The presence of a high concentration of sulphates in the corrosion product suggests that sulphuric acid was present. Sulphuric acid can react with the steel to form atomic hydrogen which can then produce the embrittlement observed. It is possible that the metal loss observed was attributable to sulphuric acid dew-point corrosion. Sulphur is present in heavy fuel oil and during combustion sulphur oxides are generated, a small portion of which becomes SO3. As the exhaust gas temperature reaches the dew point or lower, vapour-phase sulphuric acid forms (1). If the sulphuric acid vapour contacts the lower-temperature tube wall surface it may condense as liquid sulphuric acid and corrode the metal.

Dilute sulphuric acid (5 to 40%) is more corrosive than higher concentrations and as the H2O dew point is approached, acid concentrations in this range are likely (3). Table 1 shows the content levels of corrosive components in the flue gas of plants burning different fuels, principal acid condensations and the ranges of their dew points (4). The table shows that for a heavy fuel oil-fired power plant, sulphuric acid is the dominant condensate and is aggressive.

Low alloy steels have shown superior performance to low carbon steels. However, care must be taken to ensure that a cyclic wet/dry operating regime occurs, especially during the early period of exposure. Continuous exposure in the wet condition can result in higher corrosion rates than may occur on low carbon steel (5).

Stricter welding parameters should be used for higher alloyed steels, particularly with an increased chromium addition. These materials generally have a greater hardenability and are therefore more susceptible to producing a quenched and tempered microstructure which can increase the likelihood of hydrogen embrittlement. Portable hardness testing, potentially coupled with replication metallography, is an effective way to ensure excessive hardness levels are not present. To eliminate corrosive quantities of sulphur trioxide it is necessary to operate the boiler at or below 5% excess air to the burners, to minimise air infiltration and to specify fuels with low sulphur content (2). Further, suitable measures should be taken to eliminate moisture within the furnace.

A failure analysis of this type is a valuable and informative tool to reduce the likelihood of a repeat incident which improves safety and productivity, reduces the risk of unplanned outages and enables evolution towards a better product.