As yet another hugely entertaining Tour de France is set to start, we have been considering the influence carbon fibre has had on the world’s largest annual sporting event and on the world of cycling as a whole.

When you think of the humble bicycle, the word ‘innovation’ doesn’t quickly spring to mind. But as with any sport, competition to be the best leads to innovation everywhere possible and in recent years the humble bicycle has seen some incredible changes, thanks to the help of carbon fibre technologists. 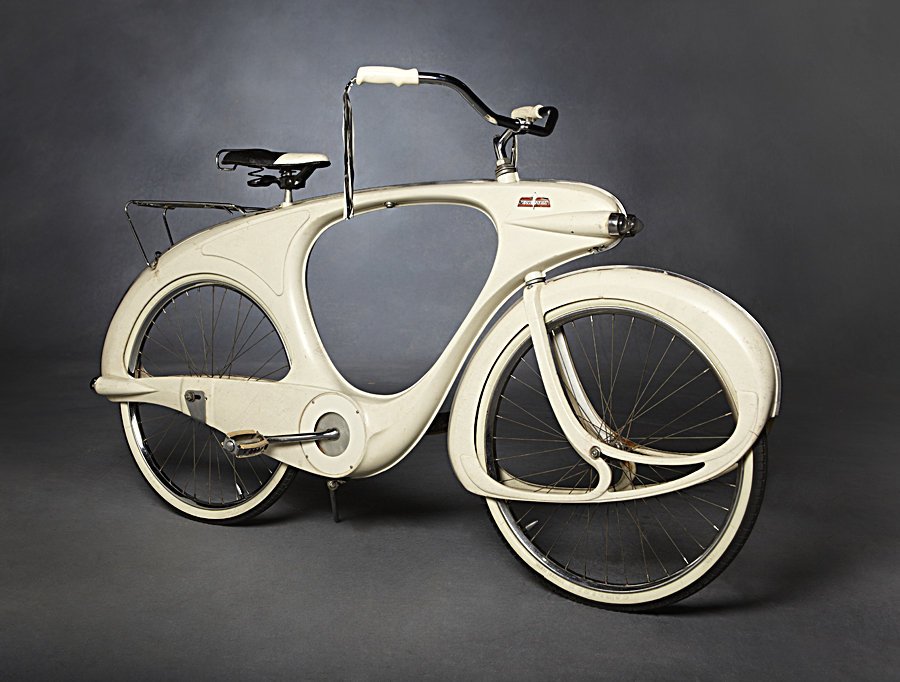 1960 saw the development of the Bowden Spacelander, the first all fibreglass bicycle frame. It was certainly an eye-catching design, but it was expensive to manufature and only 544 Spacelanders were ever sold.  The first all carbon fibre commercially available production scale bicycle, the iconic Kestrel 4000, was produced some time later in 1986. Prior to this, carbon fibre had been used in bike manufacture but only through utilising CFRP tubes glued to aluminium lugs. 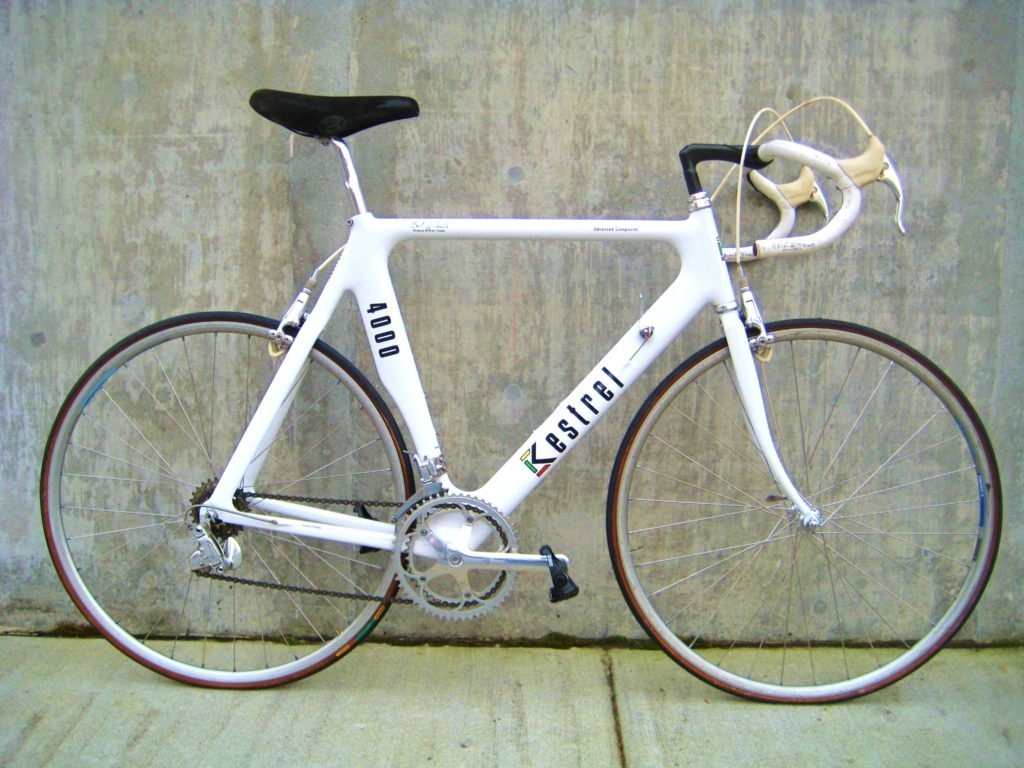 1989 saw the start of the carbon fibre revolution in the Tour de France, with Gregg LeMond’s Look TVT. At this stage, carbon fibre was still produced in standard diameter tubes bonded to aluminium lugs. The build design was practically identical to the earlier aluminium bikes but despite this lack of imagination, the Look TVT was around 1kg lighter than its aluminium competitors! Little wonder, that LeMond won the 1989 and 1990 tours. Perhaps is LeMond raced on an aluminium bike, like Laurent Fignon, the famous 8 second tour victory would have swung the way of the Frenchman.

Metal bikes continued to feature in the tour for a further decade but with dwindling success. Miguel Indurain was the last person to win the Tour on a steel bike in 1994; his Pinarello bike weighing 9kg. For a short period aluminium ruled the roost, but that wasn’t to last long either. In 1998 Marco Pantani’s Mercatone UNO Bianchi Mega Pro Xl was the last aluminium bike, and with that the last non carbon fibre bike, to win the tour, weighing 8.1kg. 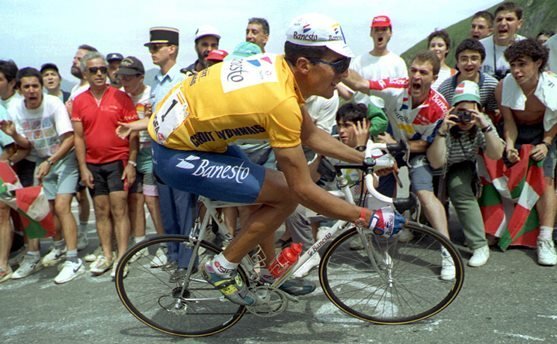 In 1989 Trek also jumped on the carbon fibre bandwagon with the Trek 5000, but the bike suffered many quality problems due to poor lamination methods and production was discontinued after only one year of production. In 1990, after attending an aerospace industry trade show, Trek started working with a company called Radius Engineering. By September 1991, the Trek 5500 OCLV (Optimum Compaction Low Void) bicycle was launched and the bike was so successful it nearly put innovators Kestrel out of business!  It was the Trek 5500 OCLV, rode by Lance Armstrong, that really made the Tour de France breakthrough for carbon fibre in 1999. Prior to this, carbon fibre’s use was low key, but Armstrong’s success suddenly made the carbon fibre bicycle the must have for any serious cycling enthusiast. 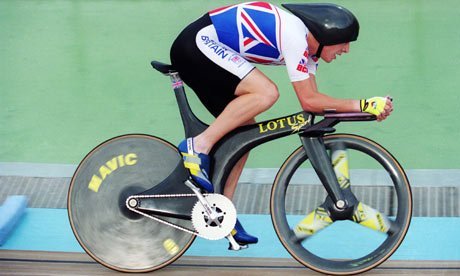 For those with a British interest, it was 1992 that saw Chris Boardman become the first Briton to win a cycling gold at an Olympics for 72 years. With Britain’s recent track and road success, it is now hard to imagine such a barren run, but his carbon fibre bike designed by Lotus revolutionised the cycling world. This bike challenged the ethos of how bikes should be designed and also introduced aerodynamics into the design thought process.

The move to carbon fibre meant a change of production methods. Carbon epoxy prepreg was now the manufacturing route of choice, and with racers unable to gain further weight advantages, aerodynamically efficient shapes, that weren’t possible with metal became the main consideration of the manufactures.

It is now commonplace to see bike and rider in a wind tunnel in a bid to gain advantage over their rivals. Spokes have been ditched for time trials, however they remain for most riding conditions because disc wheels are still a liability in cross winds. The flexibility in design that carbon fibre gave opened up real opportunities for innovation, such as internal cable routing. However again, in 2000, the UCI stepped in to limit the full flexibility of design available to the manufacturers. Tougher regulations have since been introduced restricting riders to specific saddle tilts, bar position and even saddle seatback, but still bike design innovation presses on. 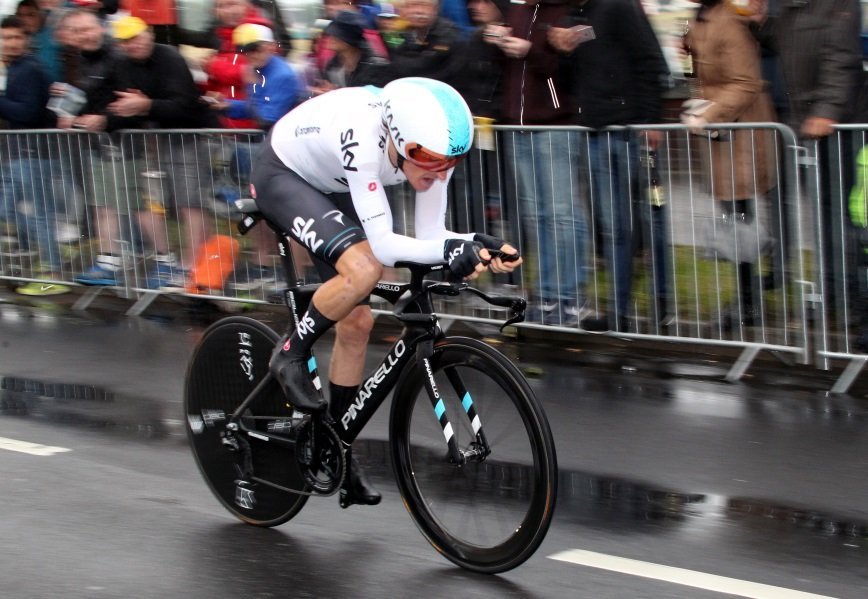 Beyond the obvious weight savings of years gone by, the appeal of carbon fibre in bicycles is now its superior stiffness. Carbon fibre has a specific stiffness 3-4 times higher than any other material used in building bike frames, meaning more of the rider’s power is transferred to the wheels of the bike. This along with the additional benefit of having 10-15 times more shock damping, the racer of today experiences a much more comfortable and efficient ride.

However, carbon fibre’s story in cycling isn’t completely without its challenges. Carbon fibre doesn’t dissipate heat well, which has meant that braking performance has degenerated significantly. This isn’t as big a problem as you might expect, but it does offer the manufactures a frontier for new technologies and improvements.

It is thought that future developments will see the introduction of graphene. This ‘miracle material’ dissipates heat better than metals and the use of graphene in bicycle wheels could see a marked improvement in braking performance. An additional benefit to graphene is it is a very good electrical conductor and as we are now seeing a move the re-introduction of electrical gear shifting technologies, the introduction of graphene into the bike frame may see the end of bike cabling altogether. In 2016 Dassi introduced a bicycle, the Interceptor, to the market that contains graphene, while Italian company Vittoria has invested €45 million in introducing graphene into tyres and wheels to reduce rolling resistance, enhance durability and increase grip. Vittoria also claim that the tyres will be 15% lighter and have 18% better impact strength than their rivals. 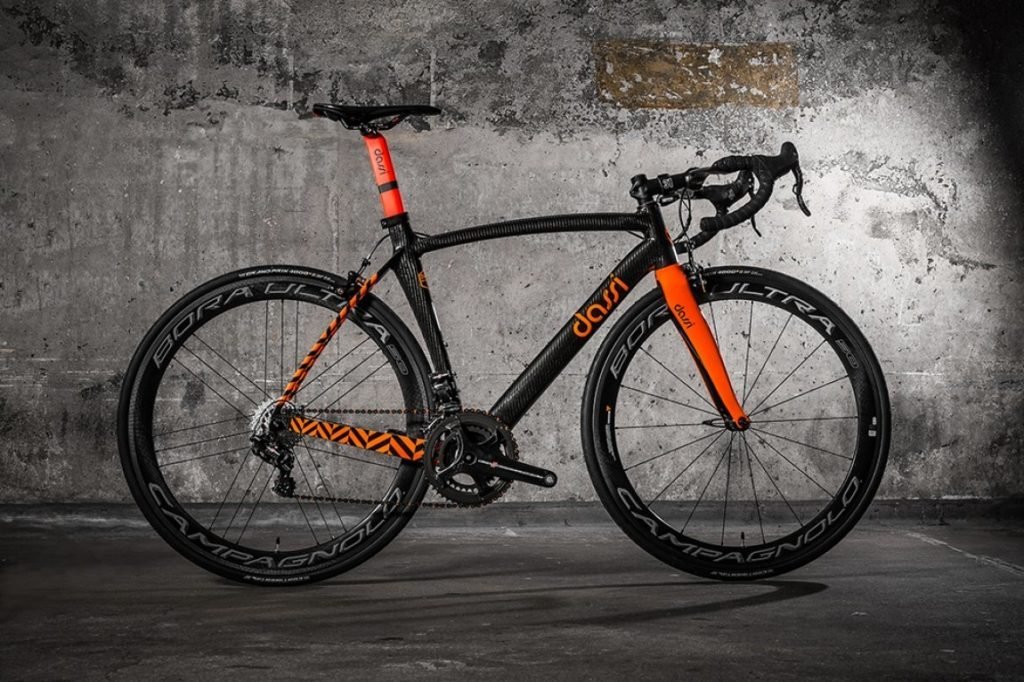 Other technologies have also been adopted with impressive innovative results. In 2013 the National Composites Centre in Bristol were charged with producing Carbon fibre PEEK chain rings for the Australian Olympic pursuit team. Using automated fibre placement, they managed to produce chain rings that improved performance by 7%, making the Australians genuine medal contenders. Fortunately for the UK they came away with the Silver medals, but world records were broken along the way to the final! 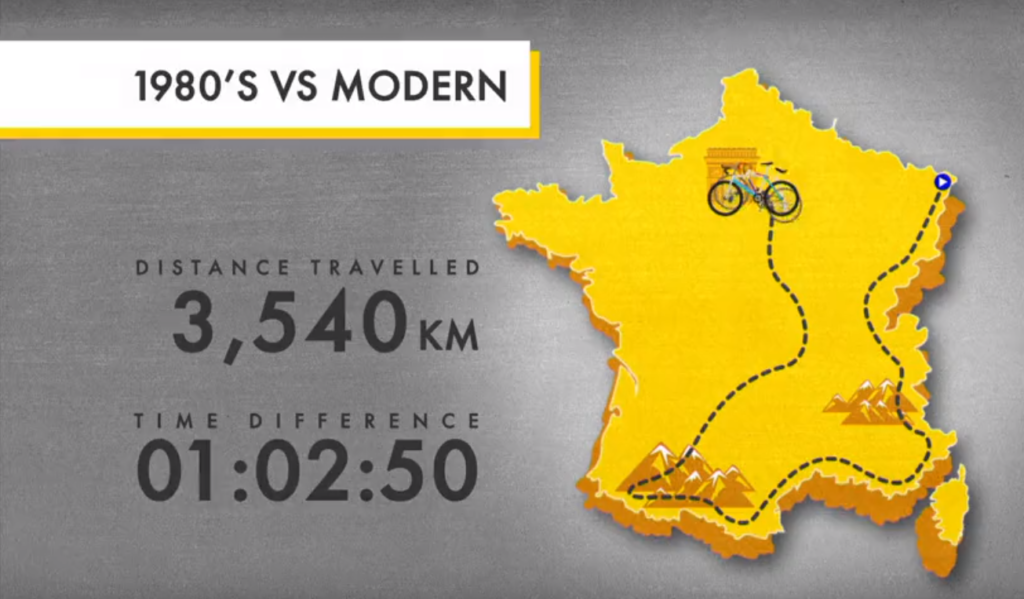 So what is the real terms effect of all these changes brought on by the use of carbon fibre? The bike frames are 32% lighter, 25% stiffer and 20% more aerodynamic than their metal predecessors. According to Chris Boardman on ITV4’s coverage of the Tour De France, these improvements would make a rider on average 0.5km/h faster for the same energy output. Although that doesn’t sound too much of an advantage, over the course of a tour, it would make a rider over an hour faster.

Carbon Fibre and related technologies have certainly had an impressive impact on the world’s largest annual sporting event and there will certainly be much more innovation in future Tours, but one thing is for sure, since 1999 carbon fibre has been the real yellow jersey winner. 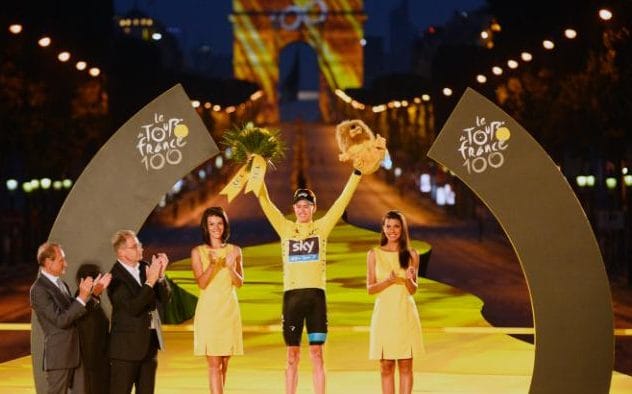